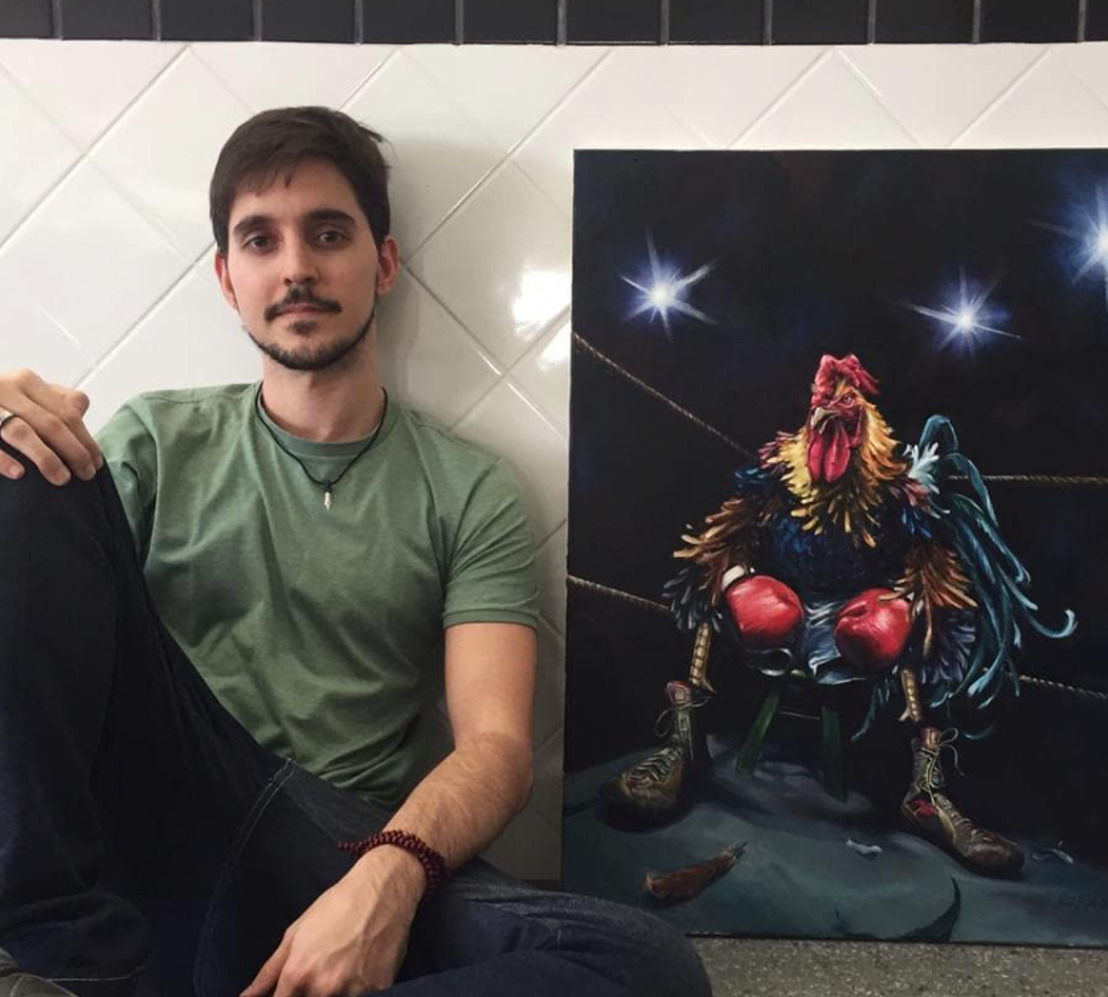 Historically, the life of an artist has been difficult. How many parents ask their children to take a career path other than the Arts? Why? Because sadly, the past has shown us that fine art painters, in particular, are infamous for leading poverty-stricken lives.

"Much like today, many of history's famous artists also had to deal with rejection and negative criticisms during their lifetime," writes Lori McNee. She is a US artist, author, blogger, keynote speaker, and Signature Member of Oil Painters of America.

"These ten famous artists were all highly-skilled painters who had to deal with rejection, criticism, grief, and or poverty during their lifetime," she said in reference to a list she published on her website. That list includes Claude Monet, Vincent Van Gogh, El Greco, Edouard Manet, Paul Gauguin, to mention a few.

Artists can't ignore their fate for too long

For Waldo José Robatto Campos Neto, who goes by Neto Robatto on AnyTask.com, life as an artist has not been all that different. He too has faced his share of challenges. But then, who said life was easy?

Being a full-time artist can be "hard sometimes, but it makes me feel that I'm on the right path. Being away from art to do something else was harder. At first, I wasn't sure if I wanted to do art as a job, but I think that an artist can't ignore his fate for too long."

The 31-year-old Brazilian's first impulse when deciding his future was to go down a more secure career pathway by studying Architecture. However, soon after graduating, he realised his calling as an artist was drawing him back into his true passion.

As he explains, to be called an artist is only a one-word explanation of what he and many of his colleagues do. "I paint, sculpt, draw, make animations, 3D, video edition, comic strips and give drawing lessons."

'Since I was four'

When asked when he realised he was an artist, Neto Robatto quickly repliedsaying "I come from a family of traditional artists. I've painted and sculpted in traditional ways since I was four."

Mr. Robatto was born and still lives in Salvador, the capital of Brazil's northeastern state of Bahia, known for its Portuguese colonial architecture and Afro-Brazilian culture. At the heart of the capital city is the Pelourinho neighbourhood, with cobblestone alleys opening onto large plazas, colourful buildings, and baroque churches.

That alone could be a profound fountain of inspiration for creative minds such as Neto's, although he says he gets it more "from reality and out of it. I like to watch the world and then mix it. That's the essence of creativity."

However, he adds, to feel at a loss for inspiration is "perfectly normal, and every artist on evolution will feel that sometimes. The cure for it is to keep working. Try, and try again. Try another theme, use other materials, other media, but keep working."

He has developed his career as an artist "with practice and absorbing all references that I could. Being a drawing teacher has me drawing all kinds of themes to satisfy my students. And being an Architect in making technical drawings has brought more discipline to my artistic process."

"I admire tons of visual artists, but even a poet or a dancer can influence my artwork sometimes," says Neto. "I have an academic base, but I've always loved surrealism and comics."

The AnyTask™ Platform asked the Brazilian artist which current artwork trends he follows. "I'm definitely following everything that I can in the NFT world. There are a lot of amazing artists doing crazy things in all kinds of media," he responded.

How about your favourite artwork? "I don't know if it's my favourite, but "The Dogs playing poker" by Cassius Marcellus Coolidge always activates my imagination." Coolidge (1844-1934) is widely known for his series of 18 dogs playing poker and other human situations.

Would you like to be compared to any artists? "I would like to be someone like Burne Hogarth! Be a reference as an artist so full of knowledge is something that my teacher side desires most." Hogarth (1911-1996) was a US artist and educator, best known for his Tarzan newspaper strip and his series of anatomy books for artists.

Hogarth was also widely known as an art teacher, a goal Neto Robatto shares. What is your goal as a professional artist? "Spread some art. Help more artists some way and teach what I learned so far."

Parting with your artwork and a pinch of salt

It can't be easy to work on a project for so long and then see it leave your studio for another home. However, Neto Robatto says that "it becomes easier after you have so many paintings. And it's even easier if your client seems so happy with it."

The talented AnyTask.com freelance artist says “I always tell my students that you have to enjoy the process of painting more than the artwork itself. It would have relieved so much suffering in my past when I was not reaching what I wanted."

What's the best piece of advice you have given? "Everything that we create is a product of our life experiences," he replied. Immediately after, he said that he defines success when the artist evolves and has fun while creating their artwork.

Neto also said that in his opinion, the most challenging part of creating a painting or illustration is knowing "when to finish it. At some point, you have to give up and not touch it anymore."

There is one thing about the art sector Neto's is not too fond of for the following reasons. "The art world us to like isolating unknown artists from those with more visibility! But that's changing. On NFTs (non-fungible token) platforms, we can all be in the same market."

Neto Robatto started online freelancing as an artist creating lots of art for people who contacted him on social media. This is how he got started in the digital freelancing world.

When and how did you come across AnyTask.com? "I already had some ETN in my (ETN Online) Wallet, so when they released the website, it seemed logical to me that I get paid that way."

Neto joined the AnyTask™ Platform in February 2020, but it was not until ETN-Network Marketing Manager Jonathan Marriott contacted him to commission him Electroman that he got involved in NFTs. So, when asked if the global freelance platform has impacted his artistic career and life in general, he responded affirmatively, adding, "that is where I did my first NFT job."

"Anytask.com hired me to do some cool frame cards with photos of products in the middle for a customer. It would be like a strange trading card, and he said something about his website products would be put on blockchain by his friend. I think none of us knew very well what was happening."

Neto realised, "almost all my orders were for an NFT. I got curious about where my art was going. It's still making a huge impact. Suddenly I'm in touch with artists of all parts of the world, being known for my art and knowing that I will benefit all my clients when I grow as an artist. It's amazing."

In the past few months, Neto has sold well over a hundred NFT tasks to clients worldwide and uses the ETN he earns for utility bills, and the rest goes into his savings account.